After finishing the minor, we returned to St Joost and semester 6 started... Which was all about the "Small Stories in Silent Buildings" project. The "silent building" we would focus on was "De Mengfabriek" in Den Bosch.  A building with a lot of history and change of function throughout time. The research I did on this building resulted in an animation, but also an installation.

("to inhale and exhale air for the purpose of maintaining life; breathe.")

My whole concept focused on -the relationship- between the people, and the building itself.  And how we, the visitors and the companies inside the building, keep the building "alive", as if we were the building's oxygen. Without us the building would be an empty, lifeless shell. The function and use of the building has changed a lot throughout time, all because of the people who have come and gone.
But at the same time, the building benefits us too, as for some it's a place of income, therefore it keeps us "alive" as well.. I saw it as a symbiotic/mutualistic relationship. But also as a biological process that keeps an organism alive > respiration.

Process
What I found interesting about the building is the fact that it's always changing (it's had different owners, different functions, and all kinds of people have come and gone) but the building, the outside, has basically stayed the same throughout its history... So continuous change (in- and efflux of people) within something that is constant (the building), was something I decided to delve deeper into. 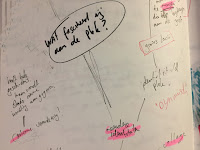 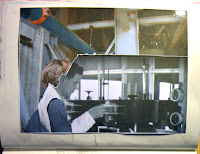 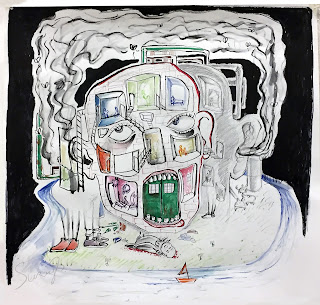 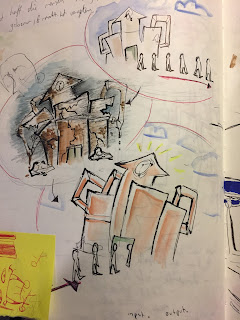 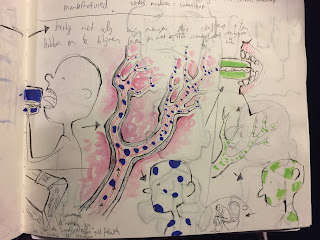 Here I was still thinking about literally portraying the building or not.. 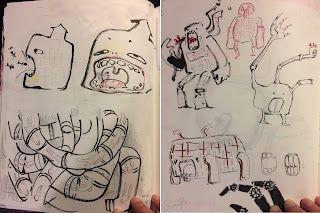 I decided not to. The building would be a human body. 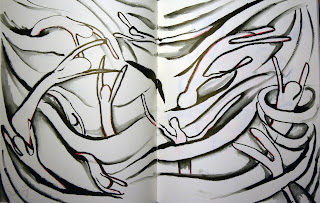 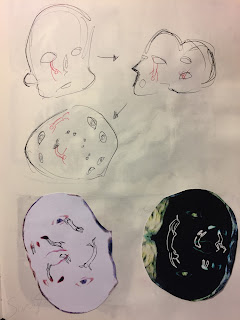 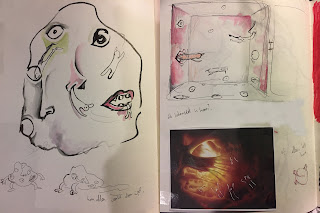 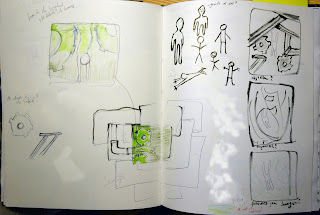 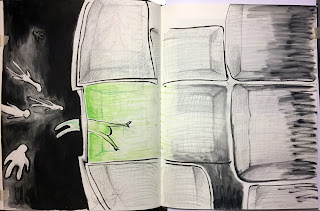 -
Final illustrations I did: 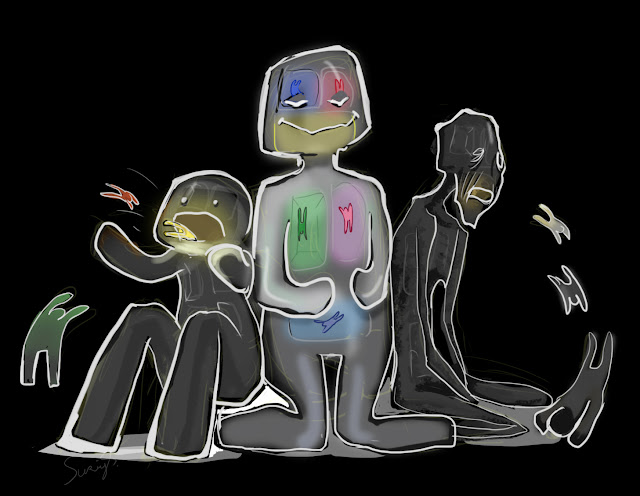 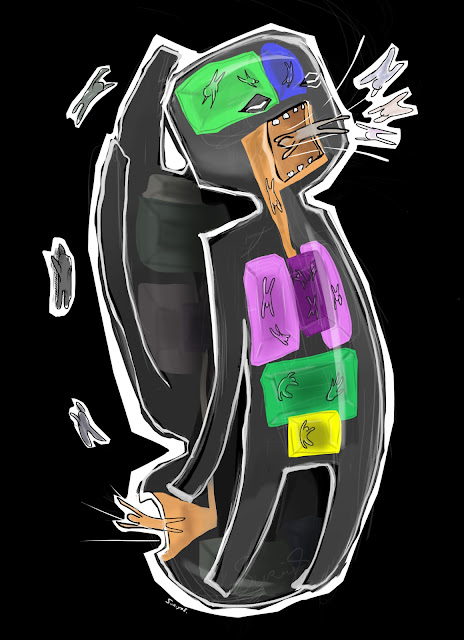 Storyboard / Stills from the moving storyboard 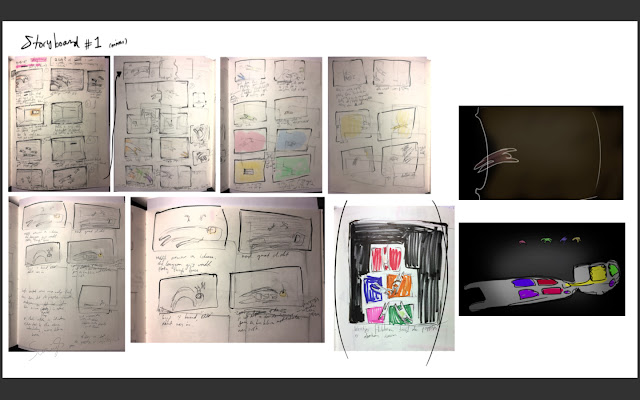 and then it was animation time! 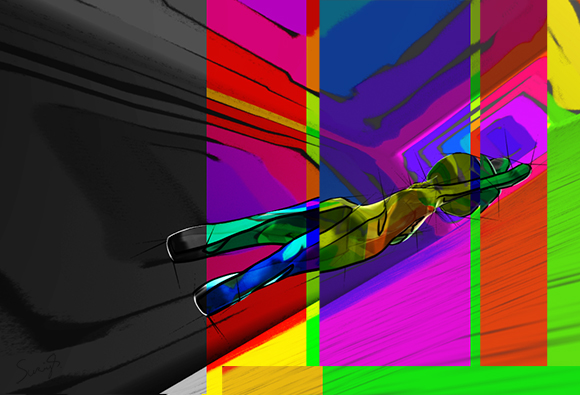 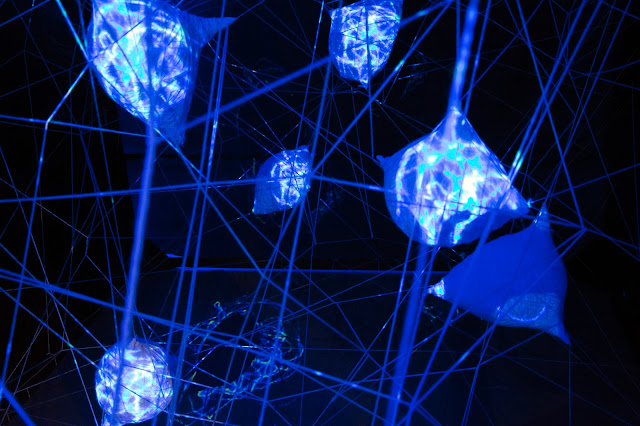 Then the installation, which was actually a groupsproject! Based on the idea of "Symbiosis" and "Action -> Reaction" Me and my teammates created an organism, named "Syndesia" (derived from the word "syndesis". word origin; from Greek, from sundein to bind together, from syn- + dein to bind)

Syndesia is a spatial installation, using touch- and echo sensors, and projection mapping. She was exhibited at De Mengfabriek.

My role was mainly doing research and developing the concept and design of Syndesia. Then we all built her together.


Here are some of my sketches: 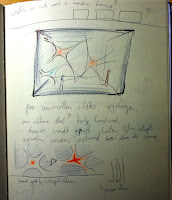 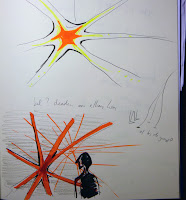 The whole idea behind her is that she's an organism (or the nervous system of a greater organism), who reacts to the public. The closer you get to her, the more intense her response. And when you touch her, her response is even greater. We wanted it to seem like she needed the audience to stay "alive". 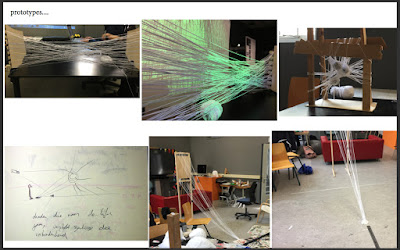 Originally we wanted her ( the web / nervous system ) to fill an entire space (so it would be like the entire room was the organism, and you were inside of her body, directly interacting with her nervous system), but we had to keep the other group projects in mind, so we built our own frame. 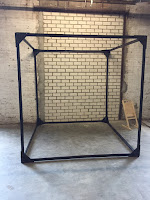 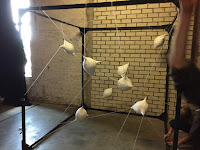 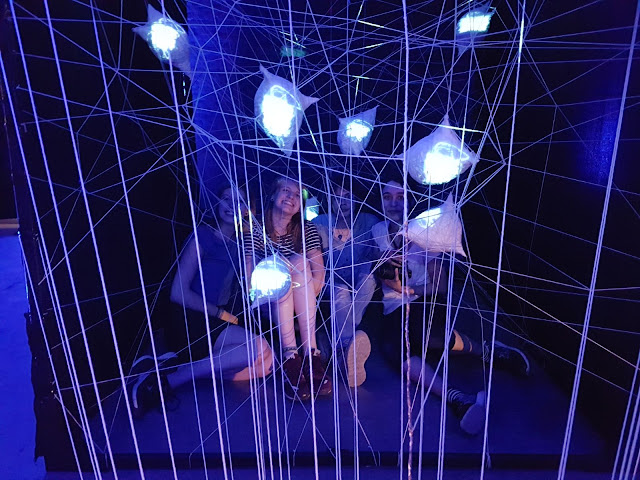 
So with that, my third year has come to a close. My minor was a while ago, but it taught me that everything can be a medium to tell a story, and I want to explore this more. Be it through animation, installations or something else!
Posted by Suriya Siero at 16:38:00