The final project of my second year as an animation student.

The theme of this project was "Hoe echt is echt?" (How real is real?) in which we could experiment with all sorts of animation, like Virtual Reality, installations, projection mapping, etcetera. And at the end all our works would be displayed at our first exhibition, which we had to organise ourselves.

My project began with researching the uncanny valley, as I've always been fascinated by this phenomenon. (namely that feeling of discomfort we get when we view something uncanny) I also wanted to try out projection mapping during this project, after seeing the works of Tony Oursler and Nobumichi Asai.

So first I sketched what I could project, to create this uncanny feeling: 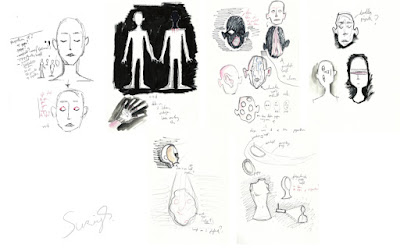 but after sketching I just animated a few things so I would actually have something to project: 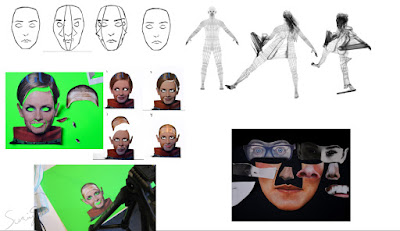 I experimented with different types of animation (2D, 3D and cut-out) for my tests

and then I projected them onto a mannequin: 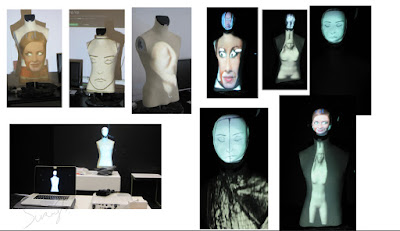 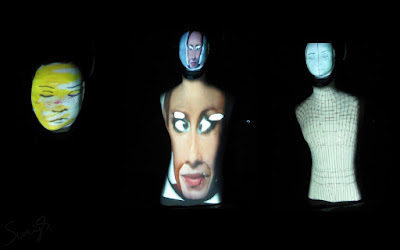 Okay, so these little experiments did indeed feel uncanny. But it felt kind of empty.. What am I trying to say with this? What is my message?
I had a hard time thinking of what my concept was.

But because I did a lot of research on the uncanny valley, I noticed that human beings can have so many different appearances, and that made me think that the human body is really a blank canvas, which can be shaped and altered as we wish. We are malleable. 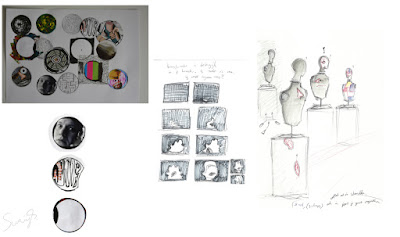 The fact that we're a blank canvas, and can be made into whatever we want, got me thinking. We can alter ourselves, through plastic surgery for example, but nowadays things like genetic engineering and cyborgs are also more prevalent. So how will all these advances affect our evolution?
Based on this question I decided I wanted to animate what the human body could evolve into. So I sketched a few things; 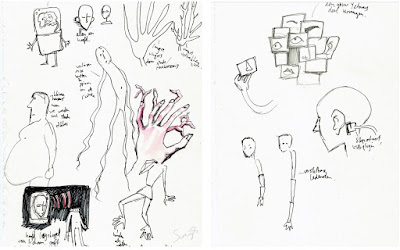 but because my drawings were based on nothing (I had no idea how we would really evolve), I decided to do a bit more research, and so I watched a lot of documentaries on transhumanism, posthumanism and the future of our species. But I found out that the possibilities are endless, because who knows what will happen in the future?? We can only speculate. So, I wanted to show my speculations.

So based on my research I just made a lot of animations seperate from each other (mainly in TvPaint), and then put them together in After Effects to make a video collage. I decided to make a video collage so the outcome of this project would be unknown to me, because hey, the future of mankind is also unknown. I would only know what the collage looked like after putting the little animations in After Effects. Surprises are always fun. :D


I also decided later on to project onto my own body, instead of on a mannequin.

But here are some screenshots of the things I animated: 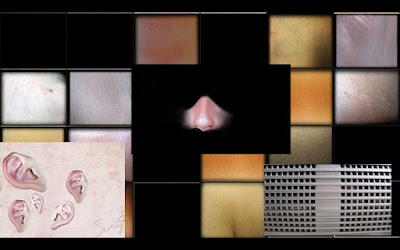 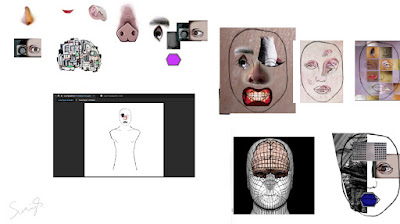 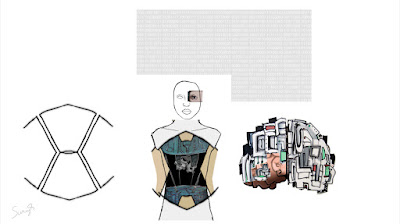 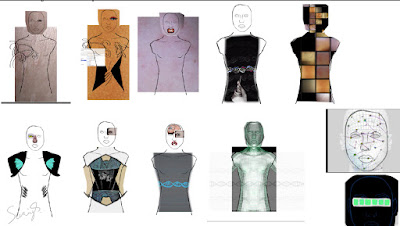 But after finding out that all those tiny details in my animations weren't even visible when projected, I decided to start all over again and simplify the entire animation. (kill your darlings, eh?..... *sobs*) 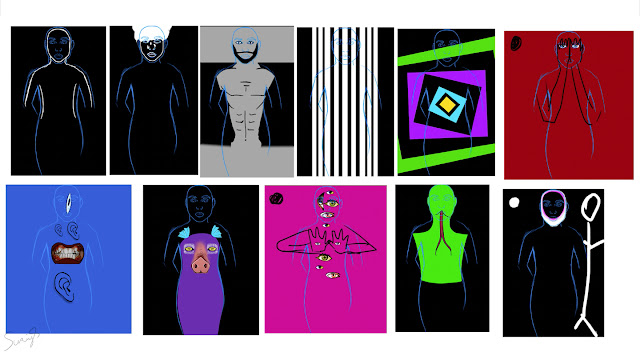 Anyway, after simplifying everything, it was time for the next step: Projection mapping. I had some help from my friends for this, because I had to stand in front of the projector the whole time. So a big, big thank you to the people who helped me! 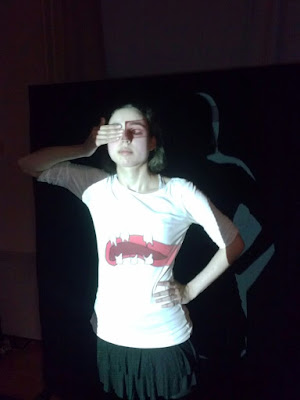 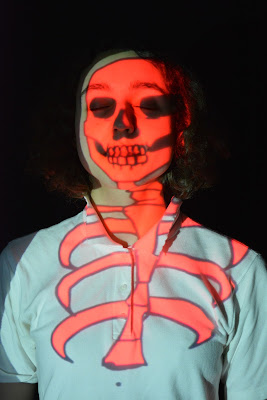 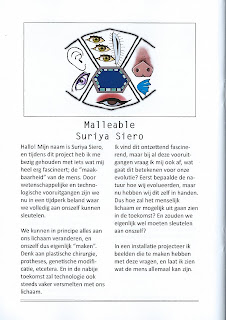 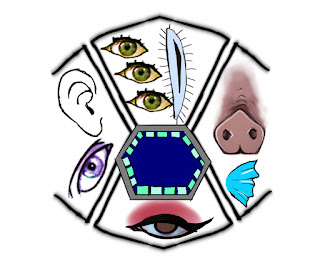 I'm not going to translate it completely but this is mainly what my project was about, in the end:

Because of technological and scientific advances there is an increase in options to alter our bodies and its design. First we had plastic surgery, and body modification, just to name a few things. But now there is genetic engineering, the implementation of technology into our bodies, etcetera etcetera.
The fact that we can basically "make" ourselves into whatever we want to, is something that really, really intrigues me. But it also raises a lot of questions. What does this mean for our evolution? What will we look like in the future, now that our evolution is in our own hands? And although we -can- "make" ourselves into whatever we want, does that mean we -should- ? Shouldn't we leave our evolution in the hands of nature, as it's always been?

This is the animation that I projection mapped onto myself:

And here is the performance at our exhibition:


Unfortunately I was a bit nervous so I started shaking and accidentally moved away from where I was supposed to stand, which resulted in a wonky projection... oh well.

And after my performance, I kept the projector running. And this was actually my favourite part of it all; seeing other people interact with my project. 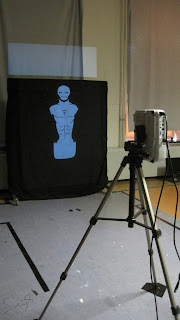 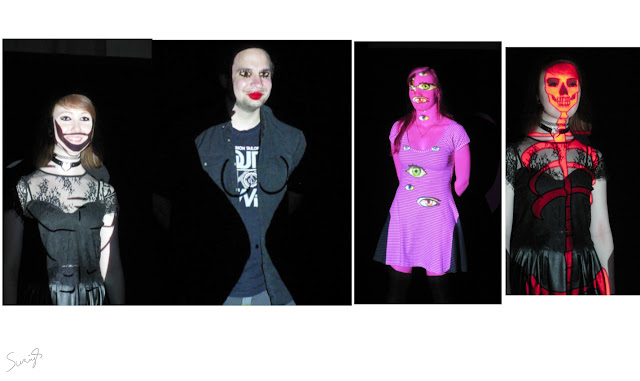 So, that was my last blog post of this schoolyear.
I've learnt a lot, but there is still a lot more to learn. All my new findings will be reported in the next schoolyear!